The photograph below shows Johnshaven Harbour early last century. The east harbour, which would be the breakwater and quayside shown above, was completed in 1871.

In 1884, the new inner harbour (or west harbour) was constructed to cater for the growing fishing fleet during the herring-fishing boom. The works were funded by the Laird Scott of Brotherton, and cost £4,000. The channels were deepened and the quays fronted and heightened during the works. 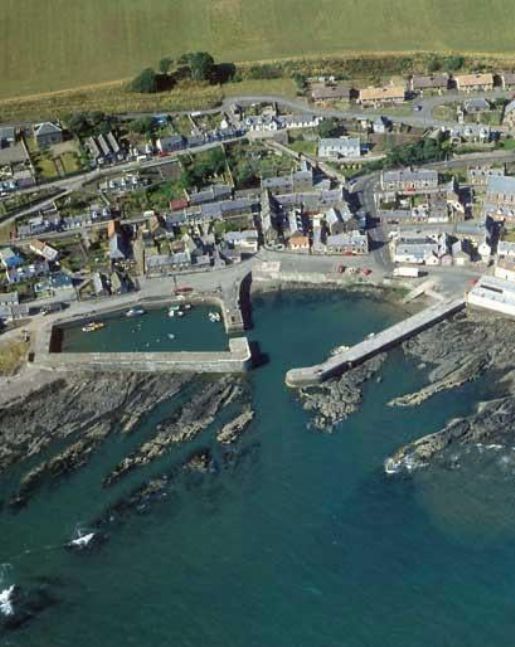 Unlike most harbour works of the period it is constructed of sandstone ashlar, and consists of a rectangular basin entered from the side of an entrance stilling basin. During the latter part of the 19th Century, there were as many as 59 boats operating out of Johnshaven.

More recently (October/November 2005) the west wall breakwater was overhauled during the local authorities Harbour Upgrades programme at a cost in excess of £100,000. The breakwater is just beyond the left edge of the photo shown below. 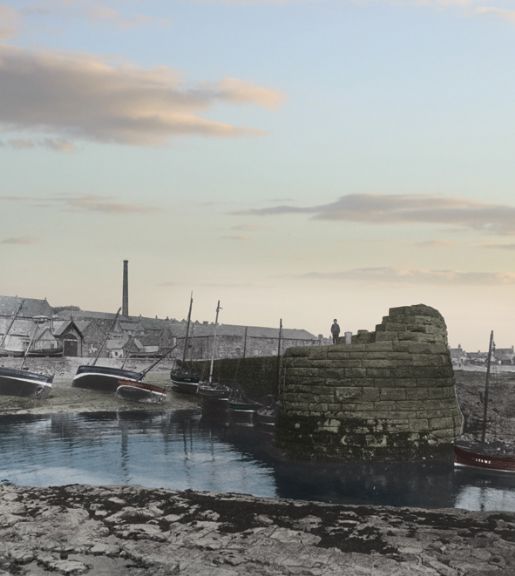 Johnshaven Harbour circa1920. Note the imposing flax mill chimney on the skyline. The mill employed almost eighty folks in its heyday, but closed in 1938 due to the decline in the flax and jute trade.

For more information on this subject, visit the Documentation part of this website.