TALE OF THE HOWE - Now Available on CD

A Tale of the Howe is a compilation of Music and Song celebrating the history of Kincardineshire and is inspired by the works of Lewis Grassic Gibbon and heavily influenced by his novel Sunset Song.

As you may know, Lewis Grassic Gibbon has recently been acclaimed as Scotland’s greatest writer ever and lived within walking distance of Inverbervie. As a consequence, the CD’s composer Rodger Lyall relates not only to the subject matter of Lewis’ writing but is also quite knowledgeable about the background to some of the sources of his inspiration – even the characters which he has researched with some assistance from Clark Geddes, author of Nemesis in the Mearns. Every track on the CD has a direct context to Gibbon’s works and has been welcomed by his family. 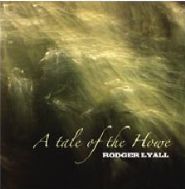 The CD was launched in the hall adjoining the Grassic Gibbon Centre at Arbuthnott, near Inverbervie on 26 November and was sponsored by Aberdeenshire Council, Kincardine and Deeside Arts Forum and Macsween Haggis. This was a great and very well attended event. The CD has also featured on BBC Radio Scotland’s Travelling Folk (a 22 minute live interview) Radio Café and The Reel Blend.

Two of the tracks received attention, prior to the CD release as follows: “Circin’s Song” was published in the September edition of the Storm Magazine, Aberdeen as a poem in its own right; “The Path of Man” was positioned in the top 40 compositions from over 800 submissions to the Burnsong contest run by Dumfries and Galloway Council.

To find out more about this CD and to purchase online, visit The Tale of the Howe Website. CDs are also available at The Ship and Anchor Hotels in Johnshaven and also at the Paper Shop in Inverbervie.