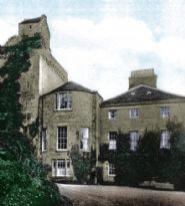 Dame Margaret Ogilvie, Countess of Marischall and wife of Viscount George, Earl Marischall, was accused (along with two other parties) of masterminding the theft of several of the Lordship’s jewels and treasured belongings from Benholm Castle in October 1622.

Some of these items included Portuguese ducats and other foreign gold to the value of £20,000, 36 doz gold buttons, diamonds and jewels from his posting as ambassador in Denmark, the Queen of Denmark’s portrait in gold and diamond set, pearls, gold chains, diamond bracelets and rings, silver work tapestries and a ’great cloth bag’ containing title deeds for his land and barony of Benholm.